Putting the play into Cosplay - ConnectiCon 2016 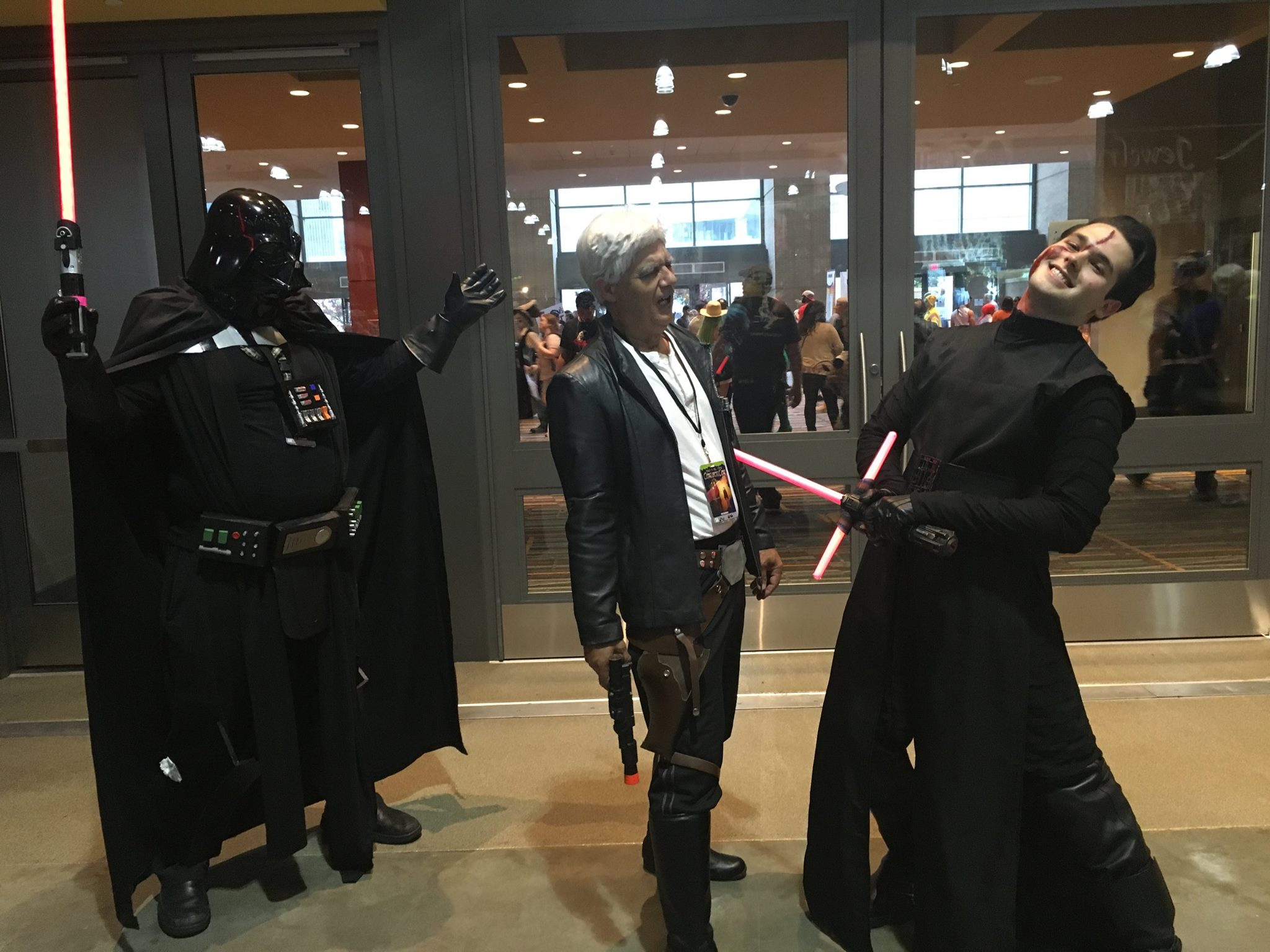 Saturday, I had the opportunity to go and explore ConnectiCon for the first time. When you travel 3.5 hours to a convention, or really anything that breaks the two-hour driving mark, a small part of you quietly hopes that the experience is going to be worth the time. I can say with confidence that the distance to ConnectiCon was well worth it for me. I brought my dad with me and he was cosplaying as Han Solo from the Force Awakens. If you have never been to ConnectiCon or to the Connecticut Convention Center, it is a wonderful venue with more than enough space. Although there was a really good size crowd rarely did I feel cramped. One thing they have got down is seating, there are multiple places to sit and catch your breath. Another wonderful thing is the area surrounding the convention center is a bit of a plaza and was perfect for larger cosplays as well as photo ops galore.

The staff I got to experience were friendly and helpful, if they were not sure, they knew where to send you to get the answer. I did hear of a few hiccups along the way but from what I personally saw things were running smoothly especially for a convention of its size. Inside there were two areas to grab food as well as multiple coffee and drink stands around the convention including a soft serve ice cream stand which seemed to be doing quite well. Escalators, stairs and elevators made traveling between the three floors of the convention easy.

Everyone was really nice and seemed to be genuinely having a good time. I spend most of my time in the room which housed the Vendors, Artists, and guests and everyone I spoke with was in good spirits. At larger conventions that overall good convention vibe can get a little strained but ConnectiCon did not seem to have that problem. People were laughing, joking, and complimenting each other whether it be on cosplays or the wares that were for sale. Within an hour of being there I had decided that I will be attending for the whole weekend next year.

If it is possible for someone to have more fun attending conventions then me, it is easily my father. Normally he cosplays as William Hartnell, the original Dr. Who but as of late he has assembled a Force Awakens Han Solo that is really quite well done. The fun part was there were multiple other Force Awakens characters being cosplayed as well as Darth Vader, Storm Troopers, an Emperor’s Guard, a Slave Girl Leia and even an Indiana Jones. There were multiple impromptu group photo shoots and conversations about the characters and costumes. The energy from fans to those people working the convention was positive and I honestly wish I could have stayed to check out the evening activities.

In closing, I had a great time at ConnectiCon 2016 and hope to see you there in 2017 as it is now on my calendar. I can’t wait to bring www.CosplayConventionCenter.com to ConnectiCon next year!