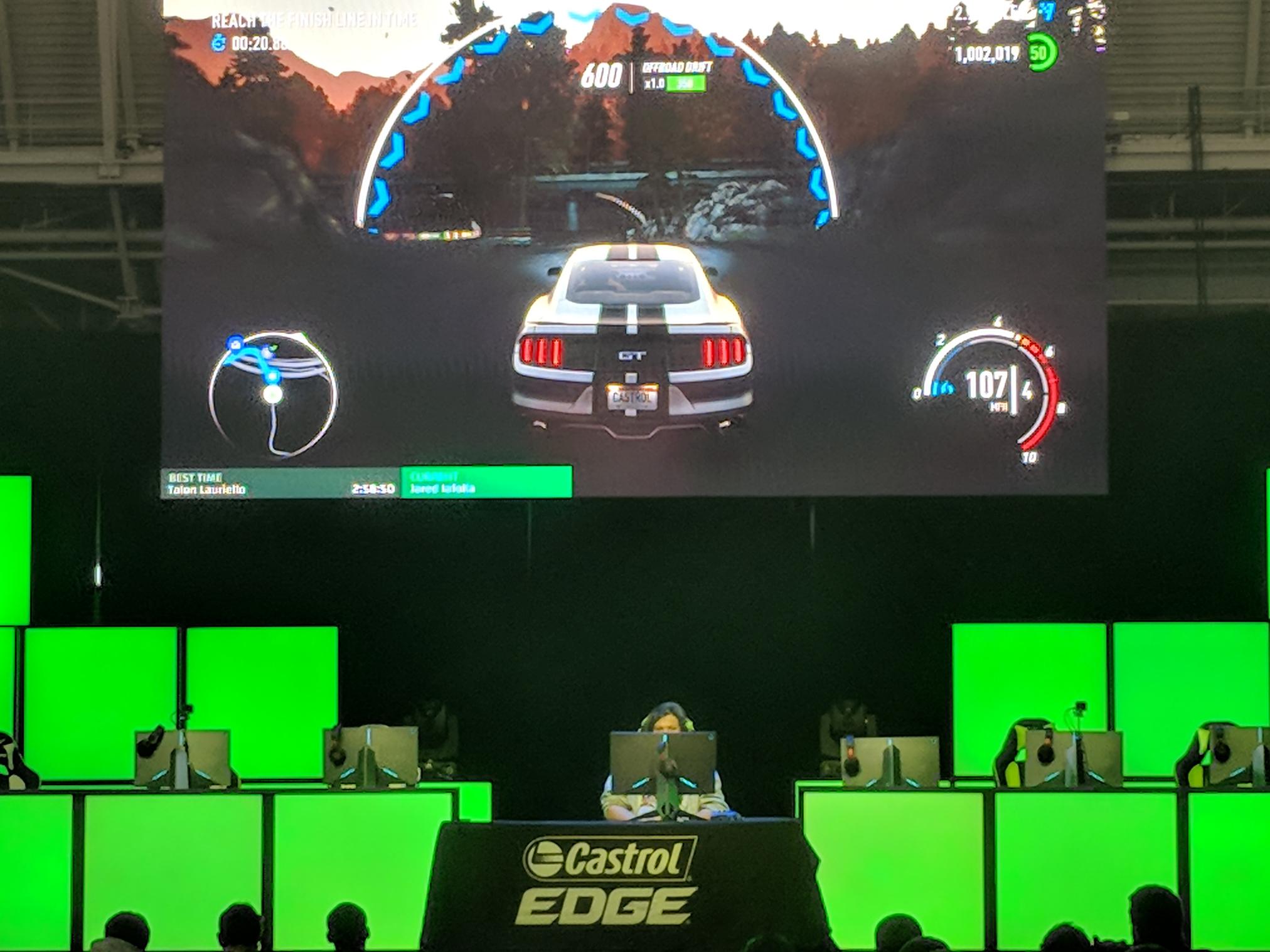 I remember when the first few Need for Speed games came out. I also remember playing them to no end. To truly appreciate where the racing genre of the videogame industry has gone, well you need some history for context. My very first race car game was for the, here we go way-back machine time, The Sega Master system. It was called RC Grand Prix and honestly it had some core elements that have carried over into the modern era. Mainly if you won races you upgraded your car and the upgrades ran the gamut from speed to control. The game was fun and challenging, the graphics were exactly what you would expect, 8-bit gloriousness, it was 1989 and you took whatever you could get. The thing was, it caught my imagination which brings me back to today. Need for Speed Payback is the digital manifestation of my imagination’s concept of what a race car video game should be.

For those of you who aren’t aware this game was created via collaboration between Electronic Arts Inc. & Castrol Edge. Yeah, the guys who make the oil which takes care of real cars poured their support into the digital marketplace. Although there are those who could dismiss this act as a simple marketing gimmick, I would like to present a counter opinion. Having a company from outside the digital arena invest in gaming, to the degree that was involved with this project, shows that the amazing ride the videogame world is on, specifically in regard to the rise of E-sports is not going away. When I was younger, video games, much like comics books at one time were considered a waste of time. Needless to say, it has been something else to watch the gaming evolution take place and see video games be validated as the interactive culmination of art, skill & technology.

Theo Thomas was kind enough to take a few moments out of his schedule as he arrived at PAX East 2018 to speak with me about the game and what it was like working on it. When I asked what the hardest part was, I expected a technical answer and instead got a very human reply of “Not telling anyone about it.” I would agree that if I was involved with a project like this, it would be so hard to say nothing even though I would know the patience would be well worth it. The game features a third person camera view and in a revolutionary setup involved an actual Mustang. Castrol pitted Luke Woodman (Monster drift driver) against Theo Thomas in a challenge to race the car through a physical recreation of the fictional Liberty Desert course of the game. Yes, they both drove the same car, in real life on a closed course, racing it just like you do in the game. Unlike the video game however, if the car wrecked, there was no simple reset button. Imagine the opportunity to drive a real car, in the real world, from your video game console, if you meet Theo Thomas, he has gotten to live that reality. Even my overactive imagination from 1989 would not have thought that up. Check it out #TITANIUMGAMER

I admit it was a lot of fun watching Theo as the racers navigated the course and drove his game on the giant screen behind us. Real time announcers as skilled as any on tv feeding the fire of excitement, explaining the challenges of the course, calling out specific successes and failures by the contestants who kept raising the bar on each run of the course. Thankfully, no one handed me a controller and stuck me on a stage, I am quite content to game from the comfort of my own home. Trust me I am also not that great at it so unless you are looking for a gag reel I would not suggest watching me drive. As we got to the end of our conversation, Theo was getting ready to take the stage and race live at PAX and Luke was there to do the same thing. My final question to him was, what is next? A smile which could only be described as belonging to someone who is doing what they truly love crept across his face and he laughed “I don’t know yet.” I really liked that answer, here is someone doing exactly what they should be doing, presenting on one of the largest stages the world has to offer him, and there was nothing wrong with him saying he didn’t know what was next. Humble, funny, video game designer being treated a bit like a Rockstar but not having it go to his head. Whatever Theo works on next, he is certainly a name I would keep an eye on. Time to go practice my driving, I’d also like to thank PAX East for the opportunity to report the event as well as Francesca and the team from Ogilvy who reached out and arranged this opportunity.