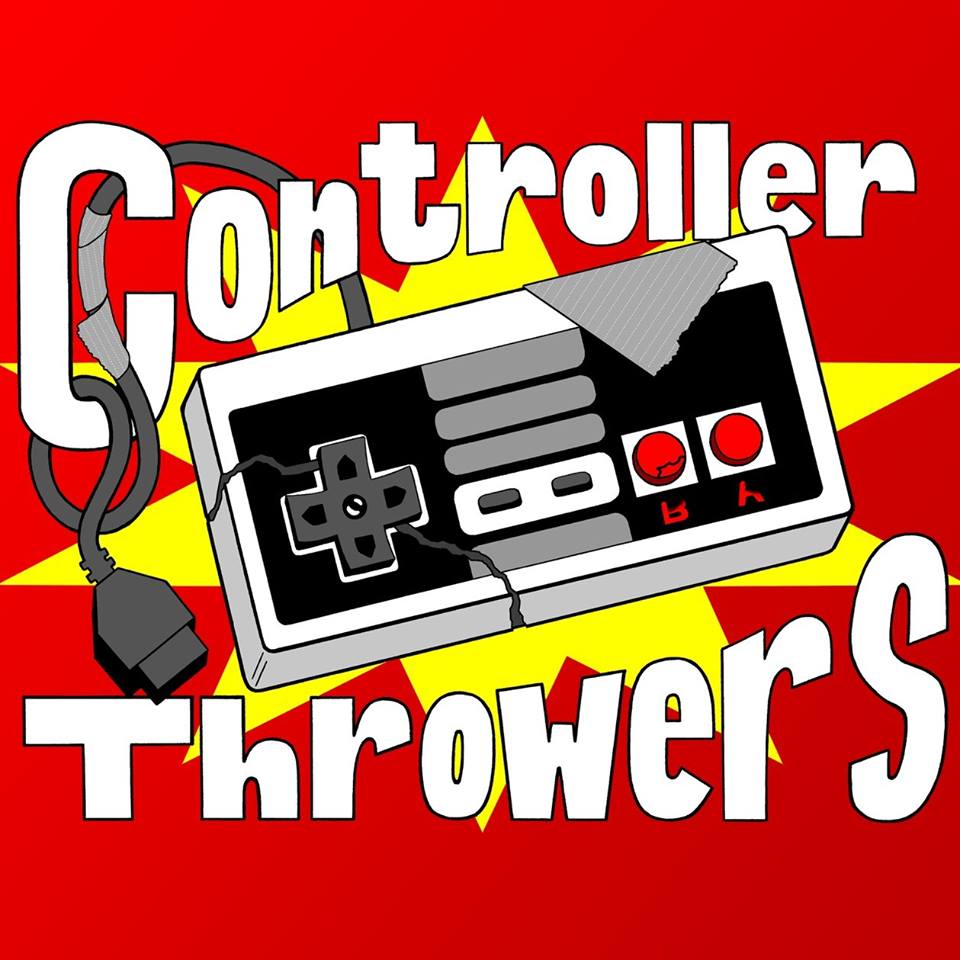 There are many things at PAX East which you may not get to see anywhere else. Regardless of how connected the internet makes us, there is still something special about getting time, however brief, with someone in person. You don’t need to be meeting a famous person either, often it is just getting a day or four away from the hectic world we call life and relaxing with thousands of people who have similar interests and passions.

I don’t often do reviews which share my own opinion, Cosplay Convention Center as an example does not allow people the ability to rank conventions or score them. I avoid this because it is not a contest in my opinion, and we have social media where that kind of thing takes place. An exception is going to be made in this blog however, as I feel a personal review and my personal insight is needed.

Controller Throwers Live was invited back to PAX East this year. Two years ago, was their first invitation and what a wild ride that was. A panel room packed to capacity, two hours at their disposal, and a table of swag to win. If you are not familiar with Controller Throwers Live, it is essentially a game show panel where 4 randomly selected contestants are chosen from the crowd to play one of the most infuriating games known to man. Each of the four contestants does their best at the infuriating game while their efforts are projected for all to see and share in their triumph or anguish. The audience cheers them on secretly thanking the 8-bit gods that they were not selected to play that particular game. However, the lure of the prizes persists and there is never a shortage of volunteers ready to prove their resolve in the video game competition.

Controller Throwers is Aaron Becker, Jason Tousaint, Becca Smith, and Erica Martin all of whom live within driving distance of me and happen to be my friends. Lives and schedules get in the way so we do not hang out as much as we should, so PAX East really becomes a welcomed 4 days when we can escape Maine and share the experience together. I took a few moments on Saturday evening to talk with them about what it was like performing again at PAX East.

Question 1. What was different this time around?

Answer – Aaron, “We felt a bit more prepared going in, setup was easier, the format of the show and the delivery have been refined. Additional support from our sponsors was huge and always appreciated & Proton Jon crashed the panel which was just awesome. Things went smoother this time around and that was a great feeling.”

Erica, “Well, I was here for this one!” (Erica is the most recent addition to Controller Throwers)

Question 2. Erica, it is your first PAX East ever, how is it?

Erica, “I’m dead,” (the words come out almost as a laugh and anyone who knows the exhaustion that starts to set in at the end of day 3 can relate) she continues, “I’m crying a little on the inside because I missed getting to meet Jacksepticeye during his photo op but I did have an amazing seat at his panel (she is kind of a big fan). Everyone here is super nice, so many people stopped me for photos of my cosplays and there is just a general positive mood, its good.

Aaron, “I’d love for Controller Throwers to be back and performing again, it was great to be here each time and considering the turnout we have gotten both times people seem to really enjoy what we do. It is great to be able to add something to an event that we also personally love to attend and support”.

Question 4. What was the best part of PAX East for you?

Erica – “Jacksepticeye’s panel” (I was there with her, it was very good) and of course getting to be a part of the Controller Throwers Live show.”

Aaron – “Getting to do what we love to do. I’ve been attending conventions for close to 20 years now and Controller Throwers is my way of giving back and contributing to the culture. We love doing the panel and its great that so many people enjoy it and have gotten to participate.”

Erica’s Question – What inspired you (Aaron) to create Controller Throwers?

Aaron – “The Angry Nintendo Nerd videos, they really connected with me and I enjoyed them. Controller Throwers became a way for me to connect with people who may be from the other side of the world but have had a shared experience when it comes to some of the most infuriating games in the universe. Those shared geek cultural memories between people who don’t know each other is a phenomenon that makes our geek community so special.”

Aaron – “I’d love to do Controller Throwers for a living”

It was the end of day three and we kept the interview short. The other members of Controller Throwers were present, but this was just a cool snapshot of some of the thoughts shared during the conversation.

Controller Throwers Live I first saw at Portcon and to this day it remains one of my favorite panels to attend. Each time they do it the content is different, but the soul and identity of the panel remains intact. If you want a challenge, put on Rom Check Fail and play me, for some reason I am really good at it. After going to a lot of conventions of all shapes and sizes where I have been able to attend multiple panels covering all matters of geekdom, I always come back to Controller Throwers Live as my favorite. Maybe it is because I am now thirty-eight years old and I find myself nostalgic for the summers of my childhood fueled on Mountain Dew, Doritos, and little to no sleep. Granted what I just described also sounds a lot like my past weekend at PAX East. In all honesty however, Controller Throwers Live should be a staple in your convention itinerary. Contact your local convention and request it. I myself run two comic expos in Maine and each of them has featured Controller Throwers Live. I’m not playing favorite’s because it is my friends, the show and panel are honestly just that good and that much fun.

As someone who in my past has thrown a controller more than once, rest assured, Controller Throwers is the lighthearted support group and fun time you have been seeking. Now, go fire up the Nintendo, don’t blow into the cartridge, and practice landing on that air craft carrier in Top Gun cause before you know it Controller Throwers Live will return! #controllerthrowers #PAXEast2019 #videogames #fun #Twitch https://www.twitch.tv/controllerthrowers