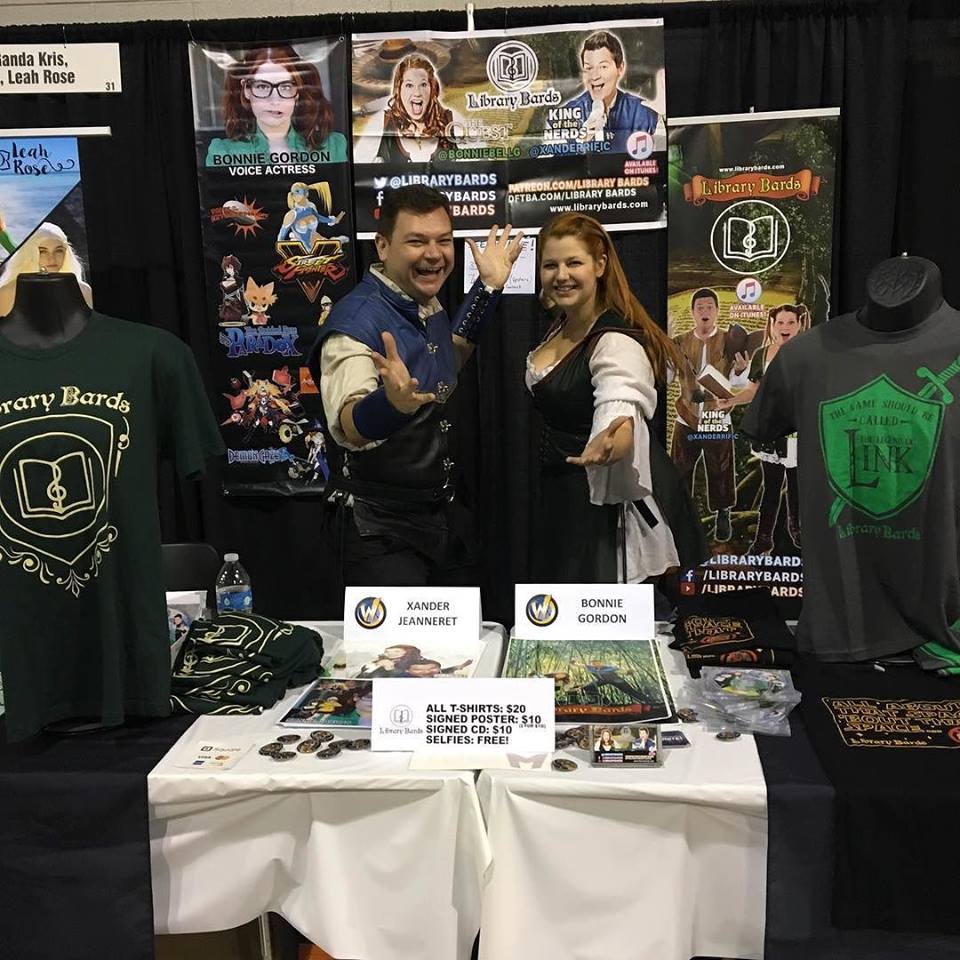 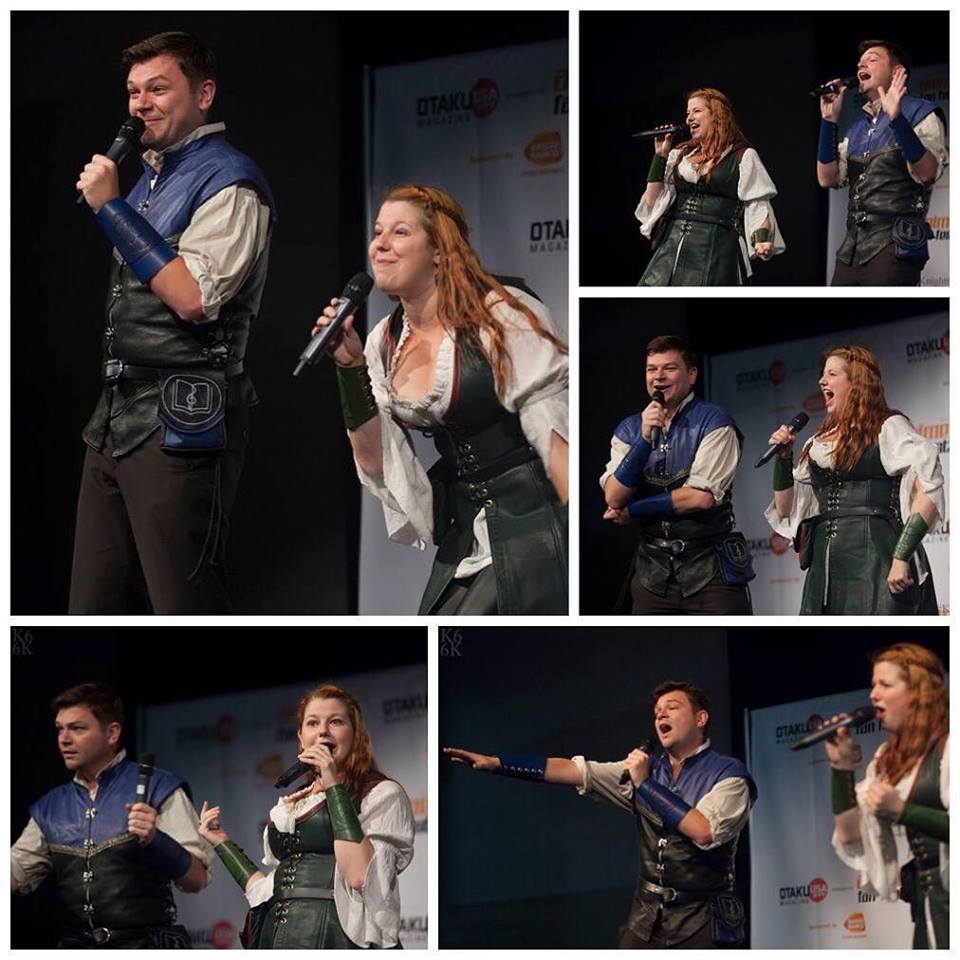 We are a nerd parody band consisting of two people who are prominent in the voice over world (in video games, anime, cartoons, etc), as well as both starred in nerd reality TV shows... detailed in info below.

We have songs about almost every fandom (Star Wars/Star Trek, Doctor Who, The Hobbit, Super Mario/Zelda, Sailor Moon, Cosplay, etc. )

What we usually offer for Comic/Anime/Gaming Cons are autograph signings, Concerts, an Opening/Intermission act for the Cosplay Contest, and/or various panels! All pricing is negotiable!

We're Bonnie Gordon (ABC's The Quest, Capcom's Street Fighter V, Cartoon Network) , and Xander Jeanneret (TBS' King of the Nerds, Iron Galaxy's Divekick), The Library Bards - a nerd parody band that has performed at over 100 Comic and Pop Culture events. You can hear some of our music here: http://www.librarybards.com/music/

Our specialty is warming up a crowd before an event (such as a Cosplay Contest or Main Speaker panel), and/or providing entertainment during intermissions (Contest Judging, etc.).

Not only can we provide live music, we also have extensive experience speaking on panels, including How To Get Started In Voiceover, Diversity in Nerd Media, and Behind the Scenes of a Nerd Reality Show.

You can contact us through this email (librarybards@gmail.com)
If you'd like to see more of what we do, feel free to watch some of our music videos: http://bit.ly/LibraryBardsVideos

Thanks so much!
-The Library Bards